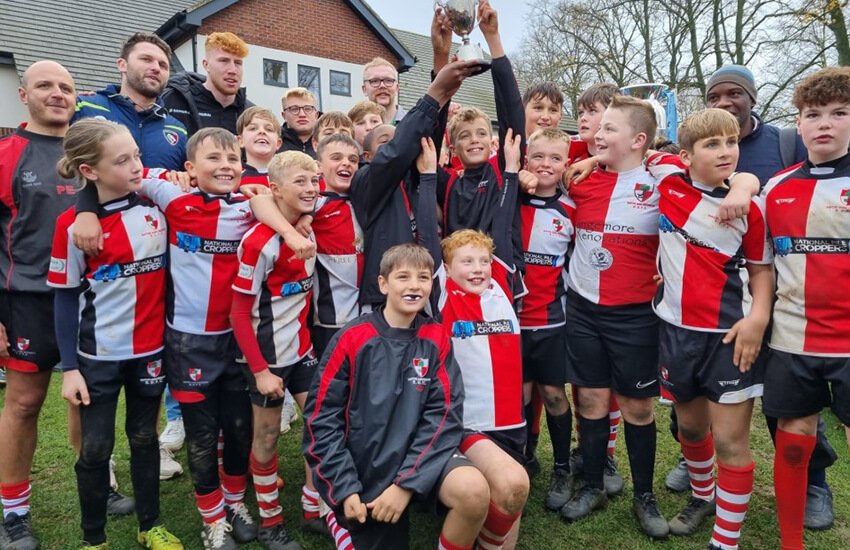 National Pile Croppers is a proud sponsor of local rugby club Barton under Needwood’s U12 side. The team was recently invited to play at the Defender Premiership Rugby Cup Festival at Oakham School (sponsored and supported by Leicester Tigers) on the 13 October. Despite coming up against some tough opposition, the team won the Defender Cup, winning an amazing exclusive trip to the Premiership Rugby Final at Twickenham on 27 May 2023.

Since its inception, the Defender (previously Land Rover) Premiership Rugby Cup has helped over 100,000 youngsters discover rugby through the annual events, with some realising their dreams of going on to play for Premiership Rugby clubs. The event is designed to provide aspiring young players with the chance to play competitive fixtures to aid their development, all within the spirit of rugby’s core values of teamwork, respect, enjoyment, discipline, and sportsmanship.

National Pile Croppers is proud to be associated with Barton under Needwood RFC, and we all offer our congratulations on the U12’s winning such a prestigious trophy. We hope the team enjoys their day out at Twickenham and look forward to hearing more about the success of the team.

← Our work is being covered in some interesting magazines! What is contiguous piling? →